We have some excellent news to report for our Granger and Michigan customers....Gumwood Road from Redfield Rd. south is now OPEN. As you may know, there has been significant road construction going on in this corridor since this spring. There are now two round-about's at Gumwood and Brick Rd. and Gumwood and Adams Rd. This should really help the Gumwood Road traffic flow during peak travel times. There are however some changes to traffic flow into Heritage Square. If you are heading south on Gumwood and want to pull into Van Horne Jewelers, it is suggested that you turn East into the plaza at the main Martin's and Uptown Kitchen entrance (north of our location). The other access roads to our immediate north/south will be accessible to north-bound traffic only. We hope to get another median pass-through installed in front of our store, but that remains to be seen.

Best wishes from all of us at Van Horne Jewelers!

Posted by VanHorneJeweler at 12:11 PM 3 comments

To all our valued customers. As you may know, Van Horne's had a burglary around 7:20 AM on 1/23. The two people involved broke some glass and took a small amount of our least valuable inventory. It is and has been our policy to secure the vast majority of our jewelry along with ALL of our customers items in one of our vaults. None of these items were taken and are secured as normal. We were actually open for business on Thursday and are continuing with the necessary repairs. This hiccup will only make us stronger and better able to serve our many customers. Thank you for your business.
Posted by VanHorneJeweler at 1:04 AM 0 comments 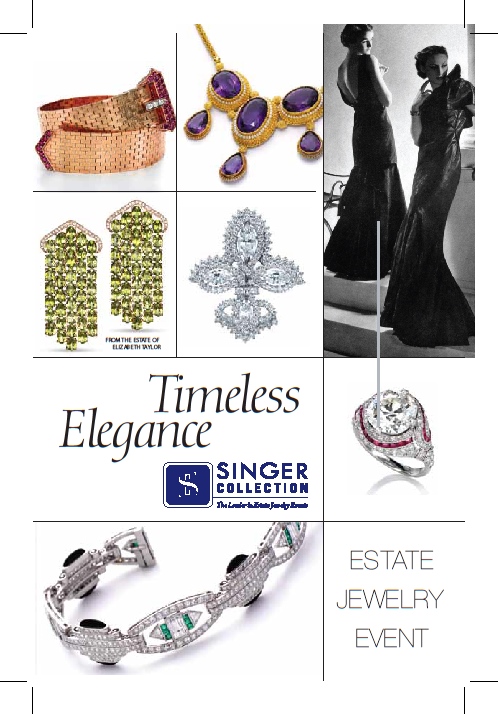 Next Tuesday, September 17th, Van Horne Jewelers is holding its annual Estate Sale. Over 650 pieces of fine jewelry, valued at over 3 million dollars from estates throughout the United States and Europe will be available to view and purchase. Some of the more unique items include pieces created by the supplier of the Imperial Museum in St. Petersburg, Russia.

As in past years, there will also be pieces once owned by celebrities. Some past celebrities such as Cher, Bob Hope, John Wayne, Elizabeth Taylor, Julie Andrews, Tony Curtis, and others will again be represented. This year, the sale also will include items previously owned by Barbra Streisand, Robert Goulet, Richie Samboro, Tallulah Bankhead, and Les Paul.

Though jewelry from the estates of celebrities is well represented, most of the collection are interesting items from the Victorian and Edwardian eras, as well as from more recent times like the 1920's and mid to later 20th century. Come to Van Horne's to view and buy your own piece of these elegant bygone eras.

For more information check out our Facebook page.
Posted by VanHorneJeweler at 1:19 PM 7 comments

I wanted to publicly thank my family, the Van Horne Jewelers’ staff, and our customers for their great support during my recent ten-day hospital stay.
It all started Thanksgiving morning when I went mountain biking with my son Ben and Van Horne Jewelers’ goldsmith Kevin Smith at Rum Village. The ride started with great excitement. Ben was in the lead, I followed, and Kevin picked up the pieces. We had not made it down the trail for more than five minutes when I had my first wipe-out after sliding on wet leaves while turning a corner.
Despite such an early wipe-out and less than ideal conditions, we went on to circle the whole five mile loop twice. Ben navigated the entire course without a single wipe-out. Kevin had three wipe-outs, one of which sent him flying over the handlebars. I faired even worse with seven wipe-outs, including one in which I thought I may have cracked my ribs.
After that I was in some pain, but not so much that I felt the need to go to the hospital. I had some pain killers from prior surgeries and figured that I could wait it out (huge mistake). After two days, the pain had not gone away and it was getting to the point that the pain killers didn’t totally handle the pain, so I finally decided that I should get it checked out.
I went to Med-Point and after the doctor examined me he quickly surmised that I needed to head to the hospital. I checked into the ER at Memorial Medical Center. There, they found that I had a collapsed lung and three cracked ribs. They drained the lung and I started to recover, but then the lung started to fill again. Because I had delayed in coming in and due to the unusual result of my accident, their diagnosis had been thrown off. Their further inspection found a cut in a minor artery and a ruptured diaphragm, and they immediately got me into surgery to make repairs.
I spent the next eight days recovering and unfortunately had to miss our open house sale. Thanks to the great staff at Van Horne and our customers, though, we were still able to have a record open house, and a great start to December.
I wish to thank Dr. Mark Thompson, Dr. Charles Lamb and Dr. Gerard Duprat for keeping me around for my family and my extended family at Van Horne Jewelers.  Thanks also to our almighty God for sparing me once again.

Cyber week is here! Merchandise on the Van Horne website will be offered at a 20% discount "for online sales only" on Friday Nov. 23rd thru Thurs Nov. 29th. The only exclusions to this discount are products from Ritani, Simon G, Scott Kay, RADO, and Notre Dame jewelry. Browse through the Van Horne's "Our Jewelry" now and make your selections. Then purchase on anytime between Nov 23rd and Nov 29th. Use coupon code "cyber" at checkout. 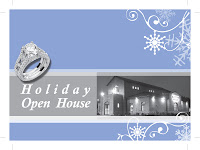 Also coming up, Van Horne Jewelers will celebrate its 86th anniversary in 2012 by hosting its annual Open House on Friday, November 30, from 10:00 am - 8:00 pm and on Saturday, December 1, from 10:00 am - 6:00 pm. In addition to Van Horne's own extensive inventory, four designers will display their own collections for you. Prices in the store will be reduced 25% during the open house, except for items from Simon G, Ritani, Scott Kay, Rado, and Collegiate Jewelry.

Every hour a $100.00 gift card will be awarded and delicious refreshments will be served. Come join our celebration while you shop the finest jewelry in Michiana.
Posted by VanHorneJeweler at 12:20 PM 5 comments 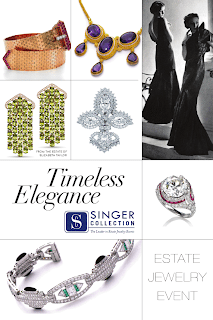 Van Horne Jewelry's 2012 Estate Sale is coming soon. The sale will feature over 600 pieces of vintage engagement rings, pearls, cameos, antique cut diamonds, bold gold, exotic colored gems, platinum and filigree designs gathered from estates worldwide. The collection includes previously owned pieces from celebrities including Elizabeth Taylor, John Wayne, Bette Midler, Cher, Bob Hope, Tony, Curtis, Mia Farrow, Mary Pickford, and more! There will be signed pieces from designers and from Tiffany & Cartier Jewelers. Mark your calendar and make plans now to view these rare pieces of exquisite jewelry from the past. Don't miss this exciting One Day Only Opportunity. Van Horne Jewelers looks forward to seeing you as our guest at this extraordinary event.
Posted by VanHorneJeweler at 11:32 AM 5 comments

Now, Van Horne Jewelers is Michana's first jeweler to have two laser welders for its goldsmith shop. Van Horne Jewelers purchased its second laser welder to accommodate its four fulltime goldsmiths. Dan Leonhardt, who helped pick our first welder, spent two days at the 2011 Las Vegas Jewelry Show to determine which machine was the best. Dan did an excellent job and we have now used our new laser welder for over a month. We are amazed with the progress in efficiencies of our new laser welder.
Posted by VanHorneJeweler at 5:03 PM 6 comments